The Department of Chemical Pathology of the University of Cape Coast (UCC) has developed a breast cancer detection device for women in Sub-Saharan Africa. The device known as “Breast Eye” is able to detect suspicious breast lumps in women and give accurate results for screening.

The Head of Department of Chemical Pathology, School of Medical Science (UCCSMS), Dr Frank Ghartey, made this known at the fourth annual Oguaa breast cancer awareness campaign week to commemorate this year’s breast cancer awareness month, which is celebrated every October. The programme, which was on the theme: “Breast Cancer is Real, Get screened” was to create awareness of the disease and to sensitize women that it could be prevented with early detection. Hundreds of women in Cape Coast were screened for breast cancer with the new device. 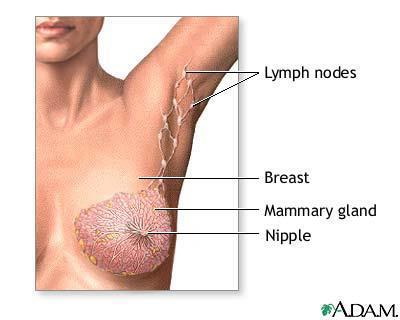 Dr Ghartey explained that the breast eye was a simple device with an ordinary light; which when focused under the breast, could detect the area all the blood vessels were located in the breast, and could therefore be used to screen women without any side effects. He explained that cancer could expand beyond the size of a peanut only after it had developed its own blood supply, so if one had a device that could detect blood vessels, its diagnosis would therefore be easier.

The Department, had since 2006 been working on developing new techniques where women in Ghana and the sub-region could be screened for accurate results, Dr Ghartey added.

Obafemi Awolowo: Check out His Achievements 30 years After.

7 Reasons You Should Stop Chewing Gum

Ladies, Here are 4 Top Tips To Look Stylish Without Needing A Fortune.

OneNote for iOS and Mac lets you attach files